Michel Odent: “Domination of Nature is Related to the Way we are Born”

During a visit in London in early October I was fortunate to meet 87-year-old French obstetrician Michel Odent. He is the pioneer of introducing birthing pools and he is an active promoter of the limit of use of medication during labor and delivery, as for example oxytocin, nitrous oxide and drugs.

Michel Odent has also introduced the concept of fetus ejection reflex in humans, meaning that women in labor can give birth instantly in moments of reduced rationality. It may occur during a sudden movement, in an instant loss of rationality, by surprise; on the kitchen floor or in the taxi on the way to the hospital. The term was first coined by Niles Newton who studied the birth process of mice, and was later transferred to the context of human birth in order to explain some of the birth’s Odent attended as a practitioner. It’s a reflex present in all mammals.

The reduction of neo-cortical activity is also present before birth. “It is common that pregnant women start to forget where they have put their keys”, Odent explained, “and this is a physiological preparation for giving birth”. 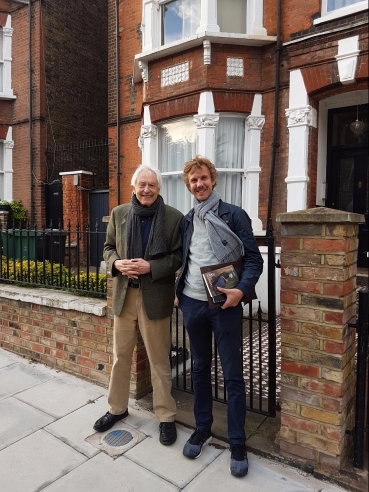 The “Fetus Ejection Reflex” is not Culturally Accepted

Odent explains that the state in which fetus ejection reflex is made possible is not culturally accepted, and for that reason carefully avoided in modern medicine. Odent depicts a state in which all civility loses its presence, in which the woman in labor can start to insult her surrounding, scream nonsense and make awkward movements, but this state is also a state of easing the birth process. Few women will remember what actually happened, but they will also forget the pain of delivery itself.

Experts on breast feeding have found that young women who have delivered their babies with a genuine fetus ejection reflex – still in a state of reduced neo-cortical activity – have been picking up their babies according to the right movements, sprawled their fingers perfectly, giving the babies their breasts – without any initial learning. Hence, the state of reduced rationality is also present the hours following birth, and it seems to correlate with an instinctive birth process. “Also then the woman should be kept in solitude”, according to Odent.

One of the prerequisites for a genuine fetus ejection reflex is that the woman who is giving birth should be alone and not rationally appealed. Odent has introduced the concept of a knitting midwife: a woman with own experience of birth that sits in in the corner of the room deeply engaged in a monotonous activity, as for example knitting; hence, not transmitting anxiety, nor appealing to the rational mind of the woman in labour. This is far from the today’s reality in which chemicals and a constant communication by words like “drink some more water” are widely used.

Odent has also become known for his statement that the father should not be present at the time of birth, because the father often transmit anxiety.

According to Michel Odent most pre-agricultural societies gave birth in solitude. Odent give example of some traditional people living today as for example Kung! in southern Africa and the Piraha in the Amazon (the Piraha are also known for giving birth in water in a nearby river).

The fetus ejection reflex has also by accident being filmed by the medical anthropologist Wulf Schiefenhovel in 1978 who made video recordings of the Eipos in New Guinea. In one sequence a young woman can be seen giving birth with a genuine fetus ejection reflex among the bushes, completely unaware of the camera. “This would be completely impossible in today’s medicine”, Odent said.

The way we are Born Determines Whole Societies

For Michel Odent, the birth itself is part of a bigger picture; the domination of nature itself. When we started to domesticate plants we not only started to control nature, but also the human nature. In the process of domination of earth, we transformed ourselves into a “domesticated animal”. By interfering in the human birth process we have also changed the nature of humanity.

For example, the maternal protective-aggressive instinct is universal among mammals, but in numerous human societies around the globe this is ruptured by separation from child and mother at an early stage. Ideas that the first milk made up by cholesterol is poisonous and that a woman’s nipples should be wiped with alcohol in order to avoid spread of diseases from mother to infant, are also example of cultural intervention in the birth process. According to Odent, this can help to explain the foundation of aggression in humans and domination of nature. “In order to be able to dominate nature and neighboring people, it was important to increase the level of aggression”, Odent explained.

Today, the rate of caesarean section is larger than 50 % in countries as Turkey and parts of China. Despite the fact that the mortality rate in caesarean is lower both for mother and child compared to vaginal birth, Odent is worried about its implications. For example, the microbes that will be transmitted through the vaginal canal to the baby at birth is crucial for the immune system. A natural birth also releases a cocktail of hormones as for example oxytocin that is developing a strong bond between mother and child. In an experiment, a gorilla delivered with caesarean section, but she didn’t bond with her baby at all after birth. More than that, a child being born with the use of caesarean section will not have any melatonin in its blood, which is an important stress release hormone.

According to Odent, there is also a correlation between how a mother was born and how her own kids will be born. There might be a possibility that epigenetics – the process in which genes can be activated and deactivated depending on the lifestyle of previous generations – also play a role in the way women give birth. If that is the case, we might be unable to give birth in the natural way (just like the bulldog, of whom over 80% of are delivered by Caesarean section today), in a few generations to come.

Odent is author of books such as “Do we Need Midwives?” and “Childbirth and the future of Homo Sapiens”. For a few weeks ago, he also published the book “The Birth of Homo, the Marine Chimpanzee: When the Tool Becomes the Master”.

Odent is also regularly invited to conferences and seminars around the world, and for only a few weeks ago he was invited to Turkey by Mr’s Erdogan herself. “There is a worry about how women give birth in Turkey”, Odent said. “It’s good that people get more knowledge about the birth process and the risks that is associated with modern birth practices”.

“Ultimately this is about the domination of nature – and we have reached the limit already”, Odent concluded. But the birth process may also contain the keys to a less harmful approach to nature. Perhaps, the way we are born can change our urge do dominate and control other people – and Mother earth herself.

This entry was posted on October 25, 2017 by Erik Abrahamsson. It was filed under Uncategorized .