Semporna – Renassiance of the Houseboat

At year-end, I and photographer Andreas Ragnatsson went to the Philippines and Malaysia to meet Sama Dilaut. In Davao, the Philippines, we spearfished with superb divers. In Semporna, Malaysia, we visited the islands of Bodgaya, Mabul, Sibuan and Maiga and talked to them who are still living on their “lepa” houseboats. 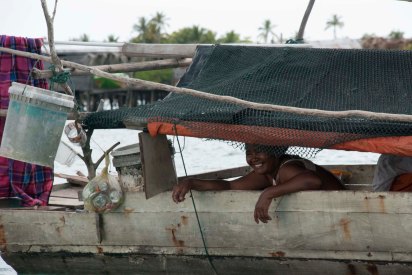 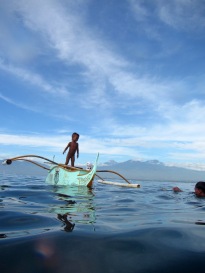 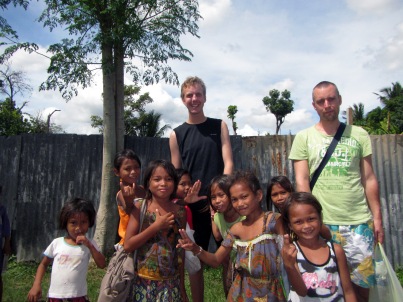 Sama Dilaut in Philippines, Malaysia and Indonesia can be divided into four groups, of which today only two are living on boats. The northernmost group is Sama Dilaut from Zamboanga, Basilan and Jolo, who are generally known as “Badjao” in the Philippines . They live today scattered over large parts of the Philippines, (eg, Davao, Manila, Cebu) where they fled after unrest in the Sulu Sea. None of them live on house boats today, but many still make a living from fishing and live along the shorelines.

The largest group of boat nomads is Sama Dilaut from Bongao, Tawi-Tawi, Philippines . Most of these, however, have fled to Sabah, Malaysia, where many still live on their house boats. Today, there are no nomads left in Tawi-Tawi because of the unsecure situation in the region. Many Sama Dilaut house-dwellers in Semporna told me that they want to return to their boat-dwelling lifestyle, which make them more mobile and give them better fishing opportunities. For many it is only a matter of money – if they would afford it they would build a houseboat and return to the sea.

A closely related group to Sama Dilaut of Tawi-Tawi is Sama Dilaut of Sitankai, Philippines, that used to live on the sea. Many of these people came to Semporna in the 60’s on their houseboats where they established the village Bangaw Bangaw. Today all of them live in houses

The fourth group is Sama Dilaut of Indonesia, who generally are called Indonesian Bajau. They speak a slightly different dialect than their  relatives in the Sulu Sea but most words that are related to the sea are identical, as for example “amessi” (hook-and-line fishing), “amana” (speargun fishing) and “amosaj” (to paddle). Indonesian Bajau live over large parts of Sulawesi and even as far south as Flores. Today, only few Indonesian Bajau live on house boats and the number decreaces. Only ten years ago many Indonesian Bajau were boat-dwellers along the eastern coast of Sulawesi (eg, Lasolo) but today there are only few nomads in the Togian Gulf left. 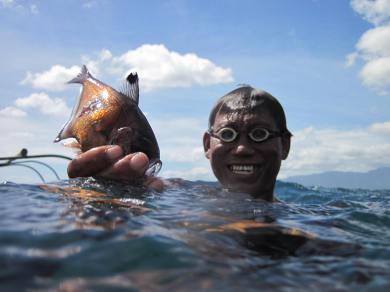 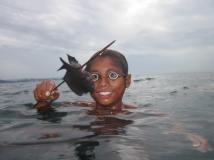 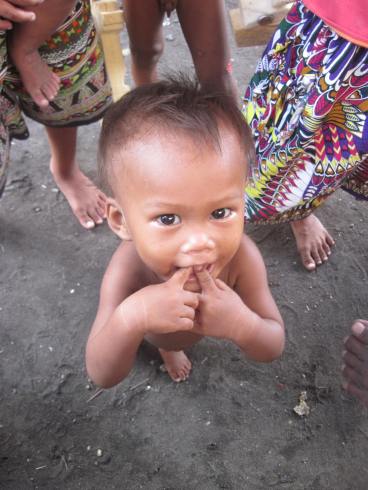 On October 18th,  I am heading towards Southeast Asia for a six months long stay with Bajau Laut – The People of the Sea.

My first stop will be on Borneo, Malaysia, where I will live among Bajau Laut sea nomads. Still, more than hundeds of people spend their entire lives on boats. Here I will gather material for my Master Thesis on dynamite fishing and make a short movie about Bajau Laut’s maritime lifestyle. Thanks to Barnens Stipendiefond that has given me a grant for making the film! 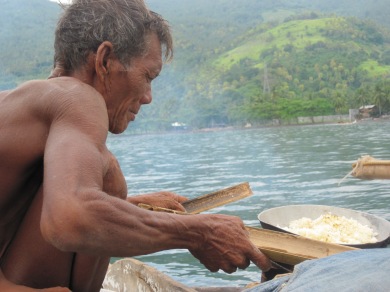 During the journey I will also spend time in southern Philippines, where I will visit a Bajau Laut community in Davao City – where I have lived for several months.

In the beginning of next year I am also heading towards Sulawesi, Indonesia, where I will live among Bajo people (they are relatives of Bajau in Malaysia and Philippines, but speak a different dialect).

Throughout the journey I will also collect diving statistics for professor Erika Schagatay at the Mid-Sweden University. I am bringing three logging devices that will measure how deep the Bajau fishermen dive and for how long they stay under water. The most interesting data is, though, their underwater working time during a longer period of diving.

I will make continuous updates on the blog during the journey.