Attending the 2nd International conference on Bajau/Sama’ in Semporna

Between March 23-26 I attended the 2nd International conference on Bajau/Sama’ Diaspora and maritime Southeast Asian cultures in Semporna. It was an interesting conference with skilled scholars who presented papers about long epic songs among Indonesian Bajo (iko-iko), more than 3 000 years old archaeological sites in Semporna and much more.

During the conference, I made a presentation about the contemporary challenges facing Sama Dilaut in both Philippines, Indonesia and Malaysia and discussed possible solutions to the crisis. Sama Dilaut are facing a variety of problems, as for example indebtedness, reduced fish stocks, lack of ID:s and market distortion, and there is no easy fix. You can see my Power Point-presentation from the conference here: Sama Dilaut as Guardians of the Sea. My conference paper will be published later.

Another problem that are facing Sama Dilaut in Sabah are new regulations on use of engines. Many of the smaller engines used to be put inside the boat are now illegal and as a consequence many more Sama people are now using sails than before. The new regulaitons have been in place for little more than a year and has made search for livelihood increasingly difficult for many Sama Dilaut.

In the conference, archaeologist Dr. Stephen Chia presented findings of old pottery stoves on the archaeological site Bukit Tengkorak that is more than 3 000 years old and has more or less the same appearance as present day pottery stoves made by Sama people. This might mean that Sama people have been living in the area for millennia, or perhaps they did learn the handicraft technique of people who were already living there.

The conference in Semporna was truly international, with Sama people from both from Malaysia, Philippines and Indonesia attending the conference. It was great to see this mixture of culture and language and that the bonds between the Sama groups in the different countries gets stronger. I also came to realize that Central Sinama (widely spoken in Philippines and Malaysia) and Indonesian Bajo are more closely related than I previously thought. I also got to know that there is a quite big Sama Simunul community in London, which I might pay a visit.

However, very few Sama Dilaut did attend the conference. Some Sama people with their roots in Sitangkai attended, but no Sama Dilaut from Zamboanga or Tawi-Tawi. And no one who actually lives on the houseboats today in Semporna was there – and they knew nothing about it.

The conference also attracted other Sama speaking western people from the Philippines, as for example Luke Schroeder, who runs the website sinama.org. It was the first time that so many “Melikan” (westerner) Sinama speakers gathered in Semporna to the local’s great delight. 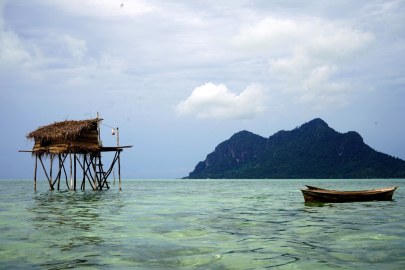 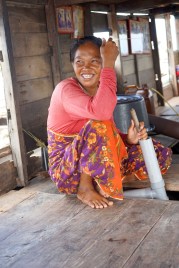 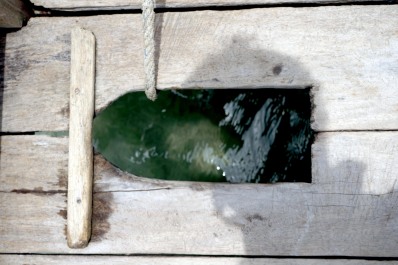 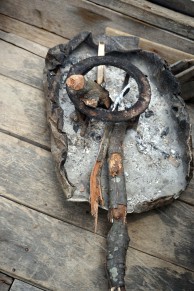 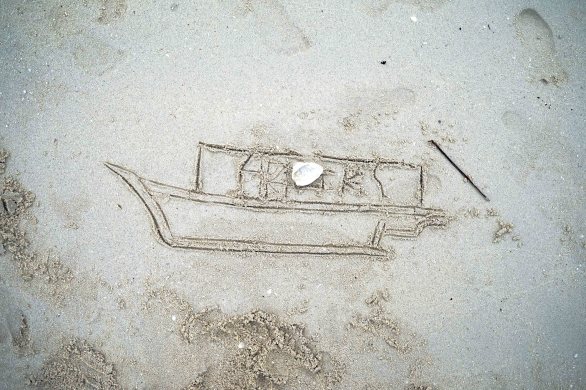 The conference took place in the Tun Sukaran Muesum avenue, where a lot of traditional Sama fishing equipment and musical instruments can be found, as for example different kinds of pana (spear guns) and kuling tangan (a kind of xylophone still played by the Sama). In the evenings, we joined the Igal festival where dance groups from Tawi-Tawi, Semporna, Kota Kinabalu and Manila participated. There was also a competition with two different competition classes, traditional igal and modern igal. A group from Bangaw Bangaw won in the tr 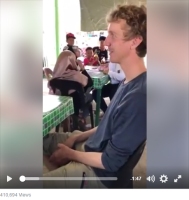 After the conference, I stayed in Semporna for almost a week, and I realised that I have become a well-known figure in the area after the release of a Facebook movie from January this year in which I speal Central Sinama – the video now has more than 400 000 views.

During these days, I visited the communities of Labuan Haji, Bangaw Bangaw and Labuan Haji where many Sama Dilaut people without legal papers reside. I also visited some of the outer islands in the region where I met with Sama peoplewho are residing in their houseboats. I was joined by the American film makers Marlena Skrobe and Alice Bungan who are making a documentary about Sama Dilaut.

Also during this trip, I visited Mabul where I talked to Sulbin, the famous diver who walks on the sea floor in BBC:s movie “Sea bed hunting on one breath”. I asked him about his eardrums and he said that he had broken them for a long time ago “abostak na talingaku”, he said. He also said that it was very painful but that it is easy to harvest the sea floor after it’s done. In Mabul, I also identified the girl who saves her boat and help tourist children in another well-known video on Youtube. The girl’s name is Sial and she still lives in a houseboat outside of Mabul.

This entry was posted on April 15, 2017 by Erik Abrahamsson. It was filed under Uncategorized .