During a festival in Queezon City a photo was taken of a 13 year old Sama Dilaut girl begging in the streeets with her younger sibling. After a while the photo got viral on Facebook and other social media. Today she has been modeling for several newspaper and been awarded a scholarship. Her name is Rita Gabiola

Why is she getting famous? Does it require beuaty to get a scholarship and support? Many Sama Dilaut have been deprived of their livelihood and they are discriminated. Throughout Metro Manila and other big Philippine cities they are now making a living from street vending, bicycle taxi an begging. 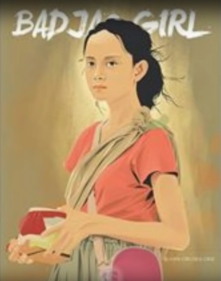 This entry was posted on July 30, 2016 by Erik Abrahamsson. It was filed under Uncategorized .