How much has a Bajo village changed in 20 years? It was one thing that I wanted to find out when I went to Topa in southeast Sulawesi.

Erika Schagatay, a professor in Human Physiology at the Mid-Sweden University, was there for 20 years ago when she documented the diving skills of Bajo fishermen.

I brought some pictures from her last trip, and when I arrived to the village they were really excited to the see the old photos. They told me that I was the third visitor in 20 years (an Australian tourist had been there for a couple of years ago), and the children were afraid of me in the beginning, but became soon used to the strange foreigner. 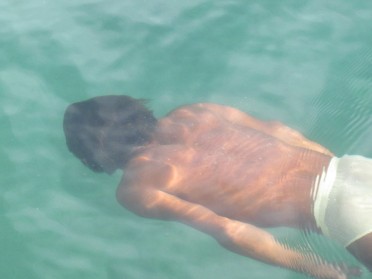 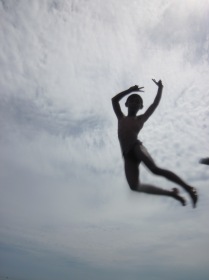 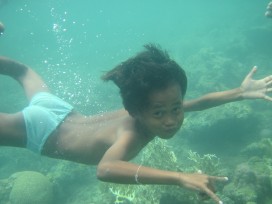 So, what about Topa? Actually very little seems to have changed over the last 20 years. Most houses are still of traditional style, nearly every family make their living from the sea, and most children spend half day in water.  But of course, some of the inhabitants have mobile phones and many houses has an electricity source.

“We came here 60-70 years ago”, the community leader said. “Before we lived on boats, which we had done for centuries before that. We are Sama Asli” – the ‘genuine’.

I spent some intensive days in Topa before I started the long journey back to Malaysia. The children became more and more confident with my presence and we went swimming several times. And as you can expect – they are great divers!

This entry was posted on March 29, 2011 by Erik Abrahamsson. It was filed under Bajau Laut .