Outcasts of the Sea – Bajo in Sulawesi

The Bajau Laut have been spread over a huge area of Southeast Asia. Originally they come from the Sulu Sea in the Philippines, but only recently they were accused of illegal fishing in the Australian fishing zone … The last weeks I have been in Sulawesi in Indonesia, in order to meet Bajau, or Bajo, and to get an understanding about the diversity of these fascinating people.

I took a ferry from Sabah and arrived four days later in Wakatobi in Southeast Asia. I moved in to a  Bajo village called Sanpela, based approximately 100 meter from the closest island, Kaledupa, where I stayed for one week. It was astonishing how similar the language and the lifestyle was as compared to Malaysia and Philippines – even if they have lived separated for maybe 200 years. It took some days to learn a partly new vocabulary but after that we could communicate quite smoothly. The inhabitants were glad to hear news from Malaysia and Philippines, as some of them have relatives there. “Are there much fish?”, “Do you have any pictures”, “Are there still conflicts in the Philippines?” 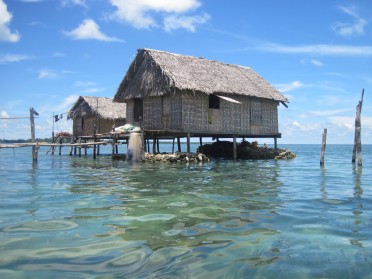 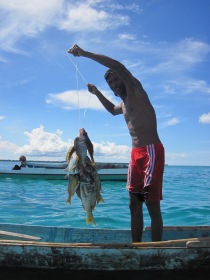 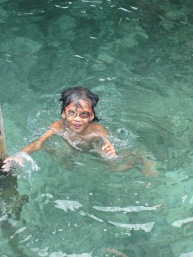 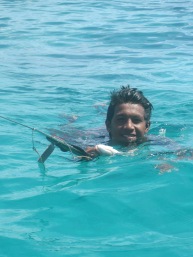 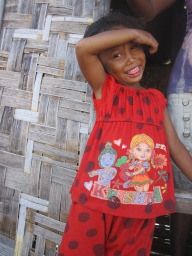 The village Sanpela was established for 60-70 years ago when boat-dwellers arrived in the area. Still today more or less every family make a living from the sea (spear-, net- and hook-fishing), and you can see boys as young as five running around with fishing spears. Some people do also work with tourism, as Wakatobi is home of some of the best coral reefs in the world.

I came in contact with the Bajo village through the Dutch organization PESISIR who is working in Sanpela, where they support education and health care. Over the last years more and more tourists and student groups have come to Wakatobi, but it hasn’t affected Bajo in a very big scale.

My next project is to visit the Bajo village Topa, that is much more isolated. Erika Schagatay, a professor in Human Physiology at the Mid-Sweden University was there for more than 20 years ago, and I have brought some pictures from her journey. It will be very interesting to see how the village have changed over the past decades … but probably it ill be very much the same.

Bajau are outcasts of the see, but they are still Sama, “the same”. No matter if they are living in the suburbs of Manila or in an Indonesian National Park.

This entry was posted on March 22, 2011 by Erik Abrahamsson. It was filed under Bajau Laut .